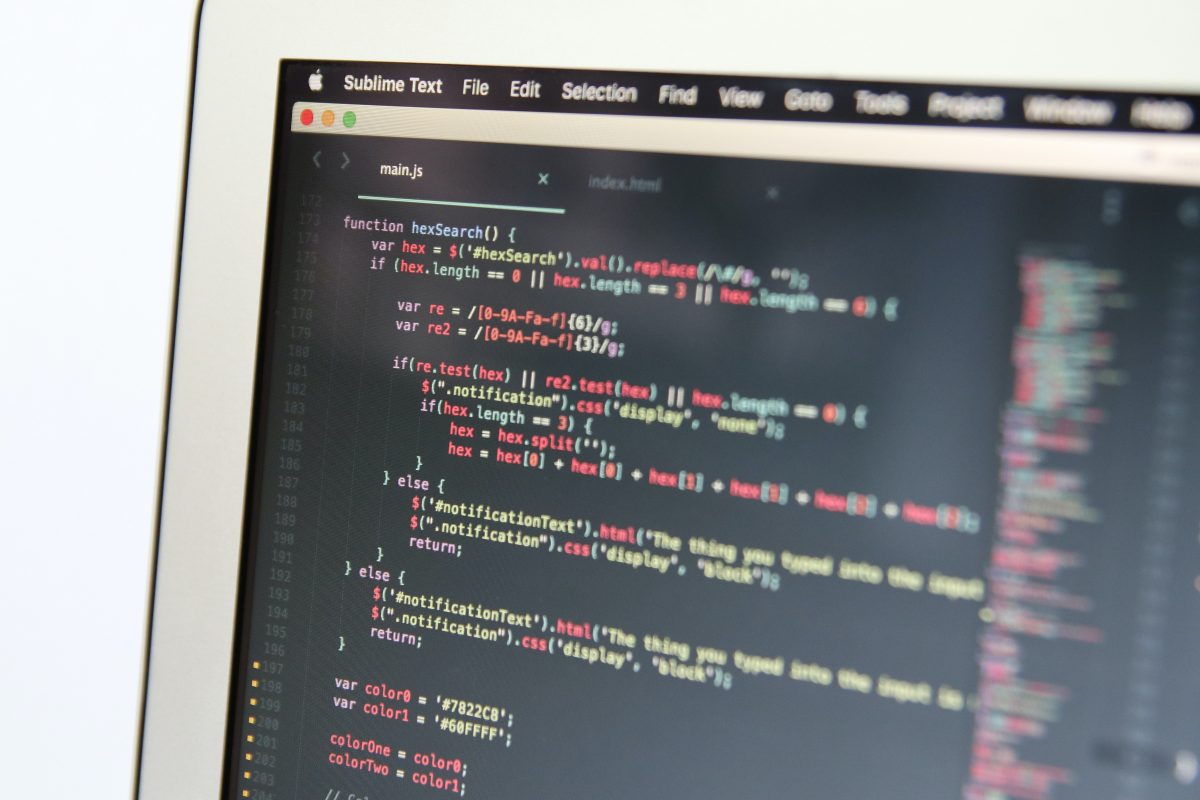 The year 2021 is rapidly coming to an end. You want to ensure that you are well prepared to welcome the new year in 2022 with enthusiasm for learning and expanding your knowledge about the ideal scripting languages for automated testing. Assuming you are knowledgeable with one programming language when it comes to writing test scripts.

If that’s the case, you’ll need to learn some new languages to make your job more pleasant and efficient in the coming years. Software development and automation have become increasingly important in building robust software applications for companies in today’s competitive world.

New techs like artificial intelligence and blockchain have given businesses a competitive advantage. Testers who want to get the most out of automation testing need experience with a minimum of one automation programming language. However, there are many programming languages available today, and new ones continue to emerge.

Regardless of whether you’re in the early stages of automation testing or an experienced tester wanting to learn a new programming language, choosing the correct language is quite essential, which is why this blog post will discuss the top 7 best programming languages for UI test automation in 2021 and beyond.

Regardless of whether you’re in the early stages of automation testing or an experienced tester wanting to learn a new programming language, choosing the right language is quite essentia

Automation testing is a software testing approach that uses special automated test tools to perform a test case suite. On the other side, manual testing is conducted by a person’s direct engagement where a person sits in front of a computer and runs test procedures.

Automation testing tools can also put test data into the System Under Test and produce comprehensive test reports and actual results. It necessitates a significant investment of money and resources, and the execution of the identical test suits repeatedly is required for a successful development cycle to occur.

You can use a testing automation tool to record and replay this test suit as needed. When automated tests are in place, there is no need for human input, validating the ROI of test automation.

The following are the parameters to put into consideration while evaluating any programming language for automation:

Get Started With Your Product

Why Should You Write UI Test Automation?

Automation testing is a complex and time-consuming process that requires significant expertise and effort. Knowledge of how to choose frameworks, programming languages, and programming paradigms, test data creation and debugging, as well as the problems associated with testing in general, like boundary value analysis and equivalence partitioning.

It also necessitates an actual amount of effort. The creation of new tests requires as much programming expertise as developers might have, and keeping them up to date requires an understanding of the firm’s most current needs.

Thus, UI test automation is essential, and it provides two things in addition: speed and confidence.

In contrast to what common sense would tell, speed and confidence typically go hand in hand when testing. When there is a solid UI automation test suite, engineers find fewer bugs in production, which means more time spent on development and less time on bug fixes. As a result, developers spend more time developing new features.

What Is Selenium Automation Testing?

Selenium is a collection of open-source software testing automation solutions that has rapidly become the industry standard for quality assurance.

Selenium is now in use in the production environment by companies such as Netflix, Google, HubSpot, Fitbit, and more, with a list of several programming languages and all major operating systems.

The whole suite has many testing solutions to meet a variety of testing needs. The most significant feature of this tool’s new approach is that testers can communicate in their preferred programming language with the browser.

When most people talk about Selenium, they refer to Selenium WebDriver, which receives the most attention during the development process.

According to this analogy, a tester instructs WebDriver to work with the components the same way a client instructs a taxi driver. Then, with WebDriver, the web browser (the car) receives vocal commands that look like this: click the button when it’s enabled. The browser then gives WebDriver information on the values and states of web elements, subsequently sent to the script.

According to the most recent Developer Survey by Stack Overflow, JavaScript has remained at the top of the field for eight consecutive years. It makes it easier to automate testing, especially in the area of front-end development.

JavaScript is commonly used by numerous large websites, including Instagram, Accenture, Airbnb, and Slack, for their front-end development and automation programing language.

Its dominance in test automation may be attributed, at least in part, to the widespread use of shift-left testing approaches, in which developers are also involved in the creation of test code development.

In a shift-left approach, the QA team works with the development team to implement efficient test automation. Developers also prefer to write Selenium tests with JavaScript, as well as any other automated browser testing.

It’s also possible to use it with a remote Selenium Grid such as LambdaTest, and there are no significant modifications to the source code. JavaScript’s popularity as a test automation language stems from its wide selection of testing tools, including unit testing and E2E (End-to-End) testing. The following are some of the JavaScript frameworks:

Python is one of the most popular automation programming languages, according to Stack Overflow Developer Survey. It’s a well-known open-source software project with a history of creating web and desktop applications, machine learning, network servers, media tools, and more.

For any startup company, Python is the most commonly used programming language. Python provides library support, reliable integration, and control capabilities. Youtube, Pinterest, and Instagram are three of the most popular Python apps.

Python has several libraries that allow developers to accomplish almost anything with minimal programming effort:

This is one of Oracle Corporation’s most well-known general-purpose automation programming languages. According to Applitools Survey, Java is still in the lead, with 43% of respondents selecting it as their preferred language for writing tests.

Back-end systems are maintained by companies using Java. Over 3 billion mobile devices are running Java-based applications. It has a wealth of test frameworks, packages, and knowledge sources, making it one of the most popular automation programming languages. Google, Pinterest, Netflix, and Instagram are just a few notable companies that use Java.

C# is a Microsoft-developed language, and it’s one of the most popular automation programming languages. C# is used by 58% of users, as reported by Stack Overflow Developer Survey. As a test automation language, C# has shown a steady rise in popularity.

C# has several test automation frameworks, including NUnit, MSTest, and xUnit.Net. Support for software testing and cross-browser testing is available in C#. C# is a widely-used programming language for automated testing due to its compatibility with Selenium WebDriver. C# is used by numerous companies, including Delivery Hero, Microsoft, and Accenture.

It’s a general-purpose scripting language used most often for mobile and web applications requiring database access. PHP is used by more than 35 Lac live websites, making it one of the most popular automation programming languages.

PHP is widely used by popular companies such as Wikipedia, Facebook, and Yahoo. PHP is a server-side programming language used to create e-commerce websites and dynamic and content-rich mobile applications.

Behat, Codeception, Laravel Dusk, and PHPUnit are the most popular PHP test frameworks. They provide substantial benefits in the automation process because of their flexibility and extensibility.

This programming language has gained popularity in recent years in test automation and automated browser testing. It’s open-source in nature and focuses on efficiency and productivity. Ruby is similarly easy to learn and put into action, as it is with Python.

Ruby is a universal programming language due to its human-friendly syntax and flexible object-oriented structure. Another fascinating aspect is that Ruby provides significant support for the growing community of Ruby users, considered the language’s considerable strengths.

It’s not difficult to get started with Ruby and Selenium, and you may easily do the first cross-browser test with Selenium WebDriver and Ruby with only a few lines of code.

SmashTest generates tests ten times faster than any other coding language. Its documentation, on the other hand, is not that great. Both API and user interface (UI) testing are possible with SmashTest.

It includes a test runner that allows for parallel testing and a read-eval-print loop (REPL), although it needs Selenium WebDriver to be installed.

Mocking time and geo-location is possible with its mocking API. The Smashtest Command-Line Interface (Smashtest CLI ) includes tools for CI/CD and REPL interpreter.

Going Beyond With UI Automation

Even if you explain the significance of having an attribute, the developers may not write them for you for various reasons. It’s not because they don’t like you.

Developers, just like testers, are pretty busy; they have deadlines to meet, bug fixes to deploy, project management responsibilities on their shoulders, and your requirements aren’t the highest priority in many cases. It is also an opportunity to distinguish yourself.

Creating your attributes in the front end will necessitate learning new skills and obtaining permission from the front-end team. However, if you’re able to accomplish that, you’ll be far above the average automation engineer in terms of competence, and it will certainly show in your subsequent personal evaluation.

Developers, just like testers, are quite busy; they have deadlines to meet, bug fixes to deploy, project management responsibilities on their shoulders and your requirements aren’t the highest priority in many cases. It is also an opportunity to distinguish yourself.

However, if you’re familiar with various programming languages, writing test cases or scripts will be much easier. Thus, get your strategy in place and prepare to learn new scripting languages.

The future will bring even more complex and sophisticated automation testing challenges, so you’ll need to enhance your abilities to handle the new and complicated ones that are bound to arrive in the future.

About the author: Joe Silk -

Joseph is a freelance writer who focuses on sharing our Startup Oasis team's abundant knowledge with the rest of the world. Our team has no secret for anything to do with Startups, SaaS software firms, technology, Web and mobile apps, IoT, UI/UX Design. View on Linkedin 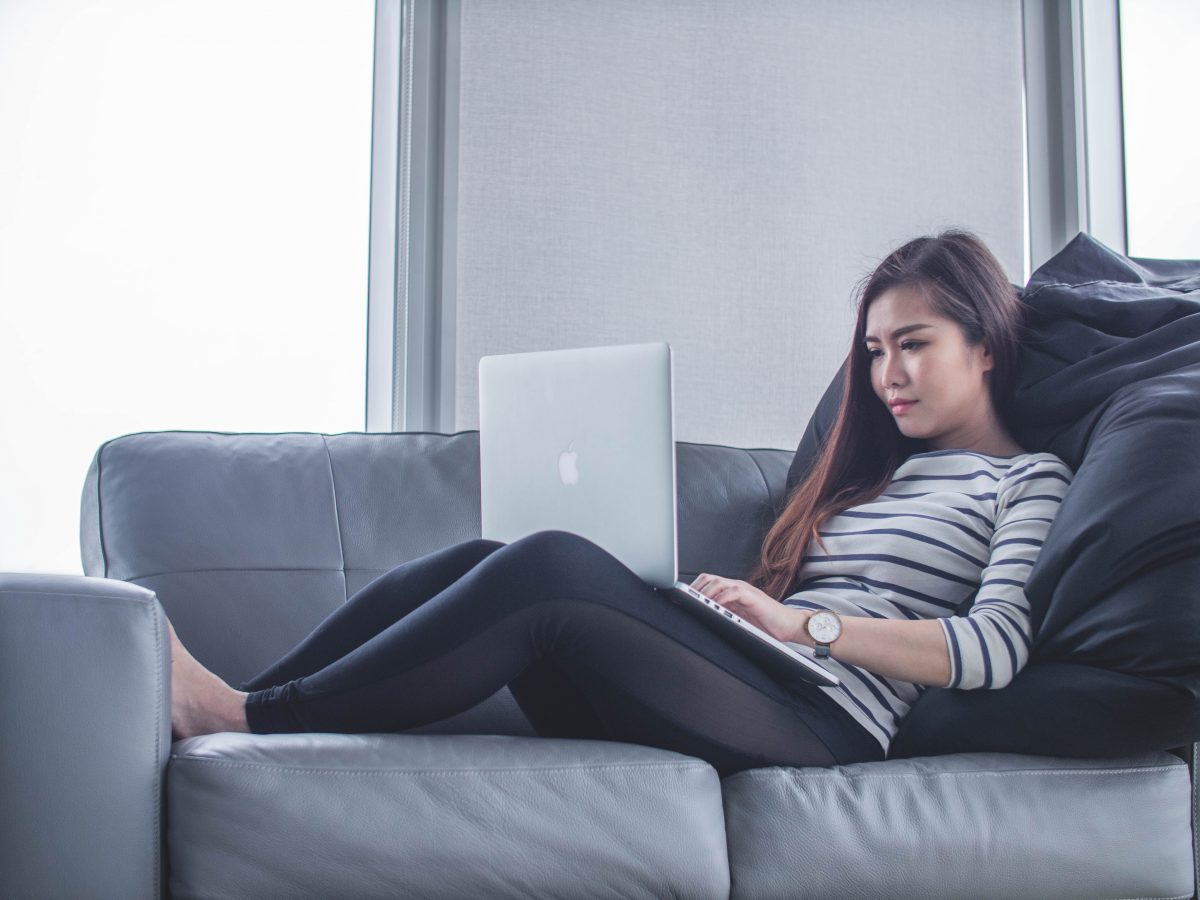 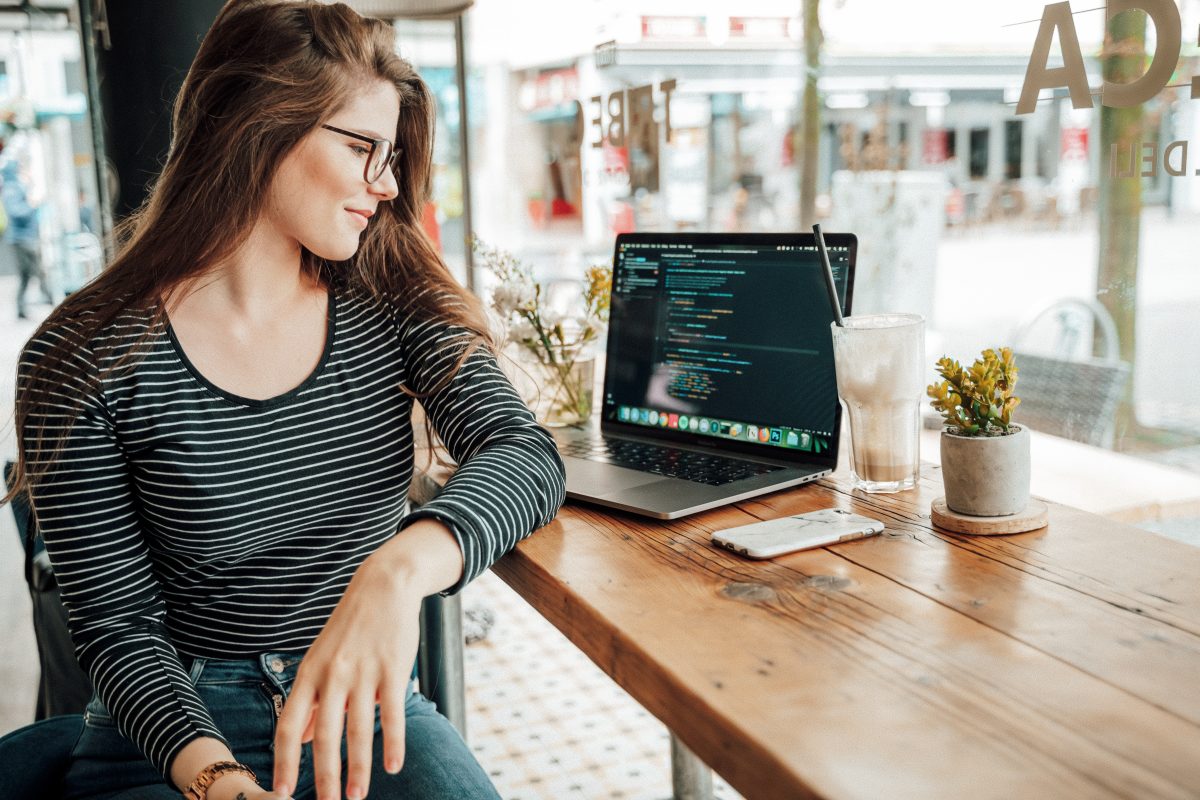 Women in Data Science: A Guide To Successfully Advancing Your Career 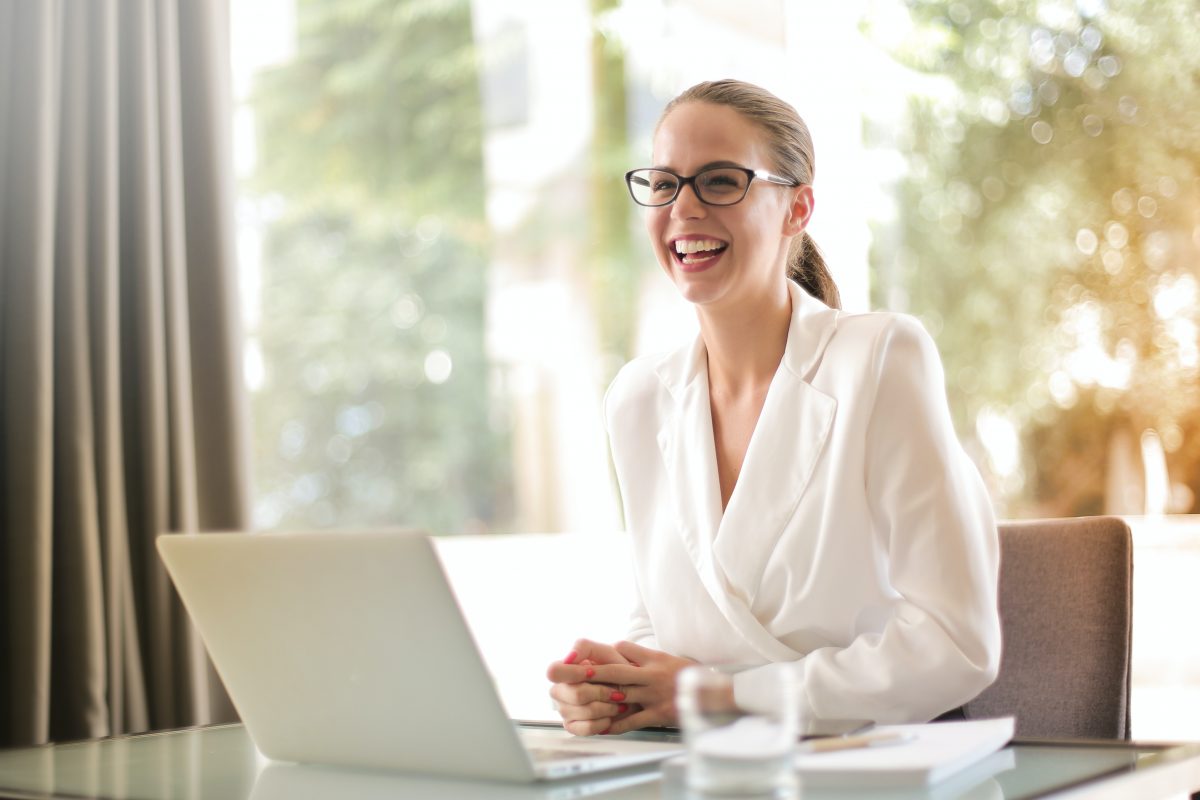 The Keys to Success: 11 Things Women Entrepreneurs Should Know